Did you get to listen to these recent episodes of Glambition® Radio?

I wanted to send a quick update just in case you hadn’t. Because seriously this show just keeps getting better.

Here are our latest episodes. Descriptions are below. 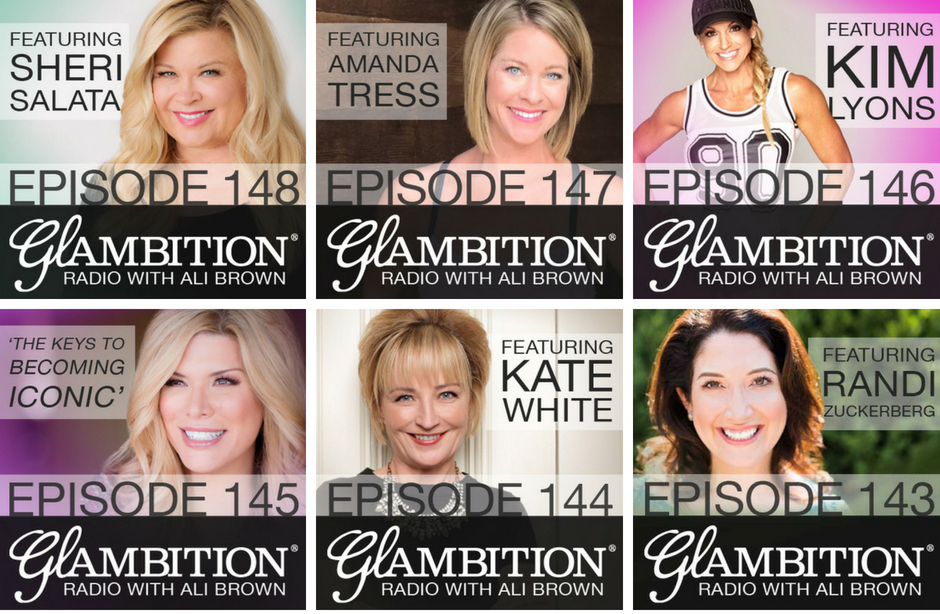 Here’s a bit about each of these episodes…

* Sheri Salata – She had a career many would kill for — a 20-year exhilarating career serving as Executive Producer of The Oprah Winfrey Show, and later as the Co-President of Harpo Studios and OWN. But Sheri recently decided to make the biggest ‘exit’ of her life. Why? She shares on the show. You’ll love how real and funny she is in sharing the juicy details of her stories. She’s quite honest how much she sacrificed for the high-pressure job. (It sounds like she barely slept in 20 years!) But would she do it all again? YES. Because it led her in the direction to what I call her ‘iconic work’.

* Amanda Tress – Meet my Premier client who just enjoyed her first million-dollar MONTH. Her story and drive are incredible. But on this show you’ll also hear MY very personal story on how I lost 25 pounds over the last three months, and it was easier and more enjoyable than I ever thought possible, thanks to her program. On this episode, I have Amanda walk us through her own body and business transformation, but also how she has taken her business from the multiple six-figures when we first met last summer to now a MULTI-MILLION dollar company, in less than a year. (And if you want to jump to her fat loss program, go here.)

* Kim Lyons – You know her as a star trainer on ‘The Biggest Loser’, founder of the Bionic Body brand (sold nationwide including in Target), and an all-around famous fitness inspiration. But did you know that Kim Lyons’ secret to success was… failure? On this episode, she shares the REAL story of how she went from flight school graduate to personal trainer to NBC primetime and then creator of her own destiny with her own brand and mission. This was one of my favorite and most fun conversations on #GlambitionRadio of all time!

* Ali Brown – The advice I share this show is CRITICAL for those of you who are beyond the beginning years of your business. And it’s a generous sneak preview of the content I’ll be leading at ‘ICONIC with Ali Brown’ in Phoenix on November 7+8. In past episodes, I’ve addressed the online insanity and overflowing market saturation and noise we’re encountering in most every industry. And in this episode, I’m going to show you how to not only position yourself way beyond that mess, but also how to start feeling into the powerful next chapter of your career.

* Kate White – During her 14 years as the editor-in-chief of Cosmopolitanmagazine, she increased overall circulation by 30%, making Cosmo the #1 magazine in the U.S during that time. But I’m having Kate back on the show because her career books have changed my life since I began reading them in the mid-90s. And you’ll hear all about her latest ‘Gutsy Girl Handbook’, on this episode of #GlambitionRadio. You may have a successful business or career, but it’s simply not enough to do what you’ve been told, or to do what you’ve always done. The key is to take it to that next level ahead of everyone else, and Kate explains how.

* Randi Zuckerberg – You know the last name. But do you really know Randi? Since leaving Facebook in 2011, she’s piled up a varied stack of her own accomplishments, including a weekly tech radio show, two TV shows, a series of angel investments, producing three Broadway shows, and even a six-week stint starring Rock of Ages. But she fast learned that entrepreneurship combined with motherhood came with incredible demands of time and bandwidth. How to manage? Even with good help and a great team? Her solution? Pick three. Hear about this refreshing take on prioritizing on this episode of #GlambitionRadio. 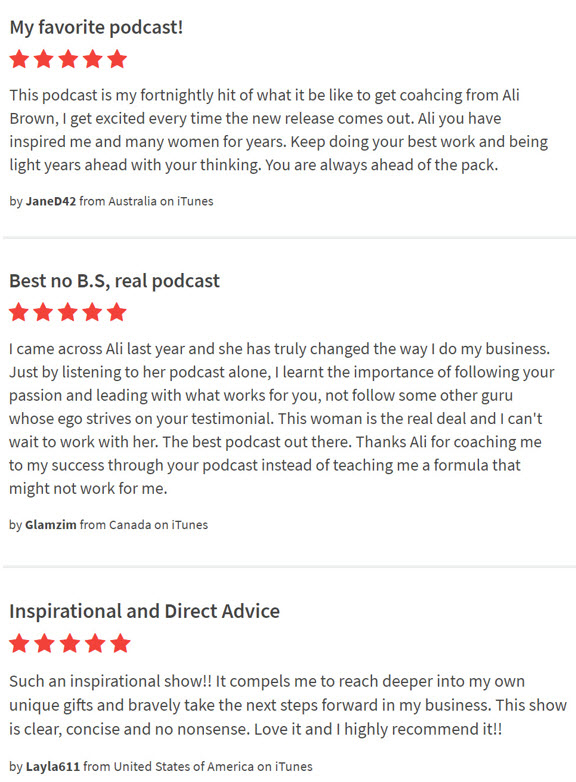 P.S. #GlambitionRadio is now on Spotify!